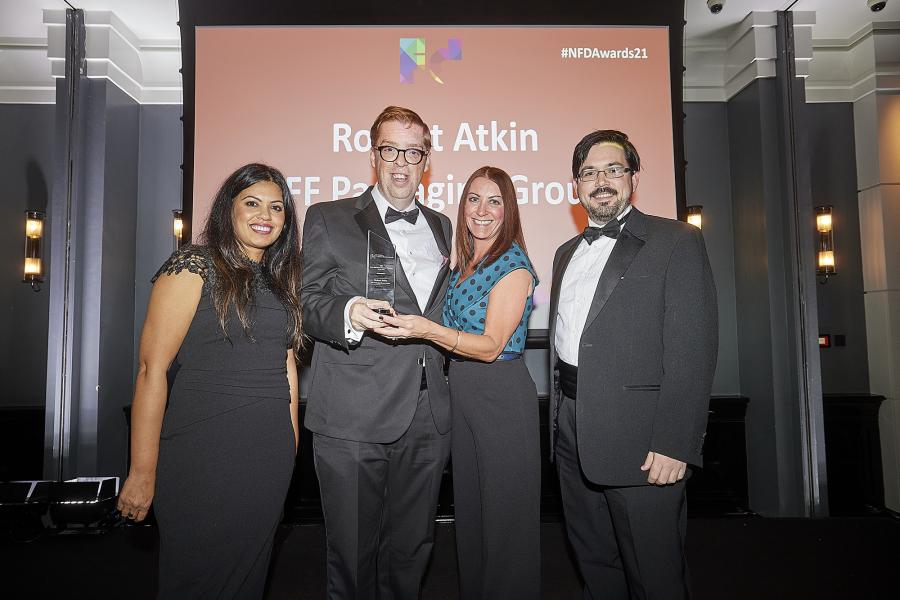 The exceptional contribution of finance leaders in Yorkshire & North East businesses was celebrated in Manchester last night where the winners of the Northern Finance Director Awards 2021 were announced. Robert Atkin, our Group Finance Director scooped the most coveted of the Awards - for Innovation.

The annual NFD Awards are truly prestigious and as such, this is a great accolade for Rob, which both recognises & celebrates his talent, skills, and excellence.

Rob’s Award was one of 14 categories that shine a light on Finance Directors’ valuable role in the day-to-day operation of a business and enabling them to invest in innovation and grow market share.

Rob joined PFF in 2019. Last year, he was instrumental in our diversification into healthcare products which resulted in PFF’s successful delivery of 360 million PE aprons to the DHSC.

Rob, along with CEO Andy Bairstow have been shortlisted for the Institute of Directors Awards and we’ll know the outcome later in November.

We wish them both the very best!