Congratulations to PFF’s Alison Dunn, a Customer Service Coordinator and winner of our in-company ‘Tree-Off’ competition! 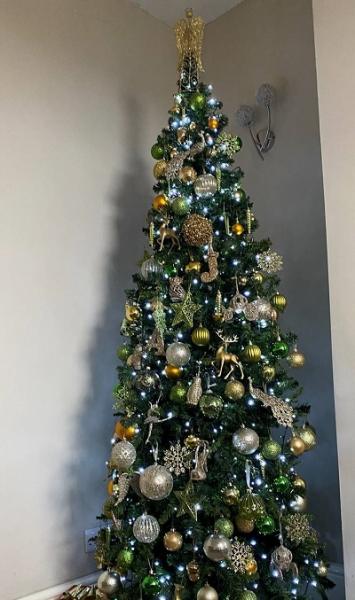 The annual event is organised by Simone Anusic, Group Finance Manager. It is usually open to Keighley office staff but following one Covid of a year, it was extended to the staff at the Washington office.

In the 10th year of the popular contest, which requires entrants to submit a photograph of their own Christmas tree, the decorations were as competitive as ever, with each entrant vying to win the top prize of a coveted personalised bauble. A seasoned competition planner, Simone set out a strict code of entry having experienced a few attempts at rule-breaking in previous years. The criteria included no airbrushing, no claiming to own another person’s tree and no cute pets to appear in photographs.

PFF Receptionist Lynn Whitehouse and HR & Finance Assistant Lynne Morton were the elected judges. They declared Alison’s tree the winner after being impressed by its glitz and adornments. A special mention was given by the judges for the ingenious, if somewhat borderline non-compliant entry from Kevin Maltby, Compliance Manager.

Accepting her award, Alison said, “It’s the Cinderella slippers and carriages (decorations) that won it!”

Better luck next year to the other PFF entrants who all made valiant efforts with their trees and trimmings!