IT Team Expands with Duo of Appointments 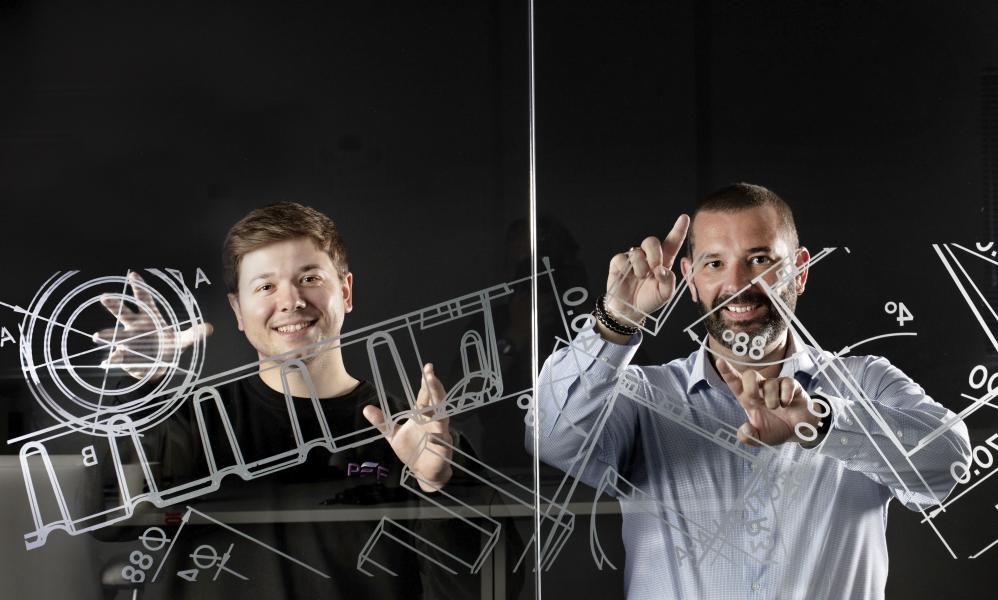 Carl Gaffney (right) joins as head of group IT and Andrew Thompson (left), as senior systems engineer.  Both will support the Group across Washington and Keighley.

Carl will initially shadow the current head of group IT Stephen Tomlinson, who retires later this year after 15 years with the company. He brings a wealth of experience to the company gained over 30 years in the IT industry. Carl has worked primarily for manufacturing companies in the brewing, plastics and electrical sectors. Most recently he was cybersecurity manager for a multi-national wealth management company.

Carl said: “Joining PFF Group offers an exciting new challenge, enabling me to use my years of experience and the opportunity to work alongside the dedicated teams at PFF. I’m hoping to take IT to the next level for PFF over the coming years, allowing better collaboration between colleagues at both sites.”

Andrew Thompson has worked in IT for five years. He began his career as a technical support technician for the UK’s largest workforce management platform, before moving back to his native North East and gaining broad systems experience working with a CRM provider.

Andrew said: “It’s an amazing time to be joining the business, especially the IT team, with the current company expansion into the health sector. I’m excited to be part of this journey and look forward to supporting my colleagues and the business as a whole through this transition and beyond.”

Stephen Tomlinson added: “As I prepare to leave the business after almost 15 years, it is a real pleasure to work with two very capable and talented colleagues as they forge a new pathway into the future for information and systems technology at PFF Group. I’m delighted to welcome them to the team.”